The HIstory of REACH, or The First 20 Years 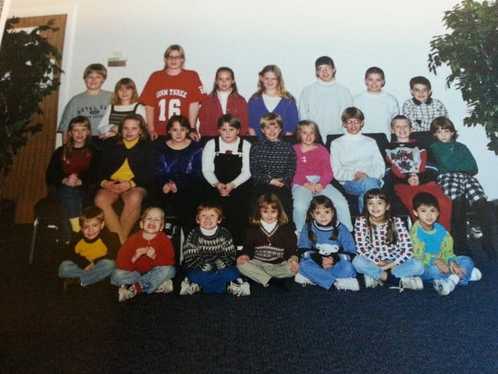 REACH Homeschool Group began in the fall of 1996. As a homeschooler who was not homeschooling for religious reasons in the early 90s, I found our local library to be a great resource and way to meet people. We were fortunate to have the Auburn Hills Library and they had a fantastic children’s section and children’s program. We first became involved when my oldest was 3 in 1989. As the kids grew older and we began to homeschool, the library continued to be a well used resource for us. With four kids, this meant we were there often and I became well acquainted with the staff. For many years the library fielded questions about homeschooling from local residents.  While they kept a list of religious groups on hand (there were few if any non-religious groups in those days), an on-going dilemma was not having a non-religious group to refer people to if needed.  Knowing we were a homeschooling family, the lead children’s librarian asked me if I was interested in helping her start an inclusive group for local homeschoolers.  I agreed to facilitate a group for her. I had no idea how much interest would be out there, to be honest, I figured nothing would come of it.  This was the fall of 1996 and was the beginnings of REACH Homeschool Group.

We put the word out at the library and Linda contacted the people she was in touch with.  This was in the early days of the internet so it was primarily word of mouth and posted notices. I remember driving to local grocery stores to post the info on their information boards.  We had our first meeting that fall and had about seven families attend. Within a few months word got out and the meetings grew. I was amazed at how much interest there was and a little surprised at how many homeschoolers were in our community. I knew from the beginning that I wanted a group that was open to all; regardless of religion, homeschool method, politics, etc.  Right from the start, we were an eclectic diverse group. Our original goal was to be a parent support group. We wanted to be a place to ask questions and share ideas and resources.  That first year, the library provided a program for the kids while the parents met. After the first year, we began our own program for the kids during the meetings. We soon established monthly meetings during the school year (second Monday of the month from 2-3).  Soon, monthly field trips were incorporated and well attended. In the summer park days began so we could continue to meet. It wasn’t long before word got out and our group continued to grow. I think within the first two years we also started our first yahoo group. The current yahoo group was started in 2002 after a yahoo glitch made us delete the old group.
Within a couple of years, we were outgrowing the library.  While our original goal was to be a local Auburn Hills group, it wasn’t long, however, before we were drawing families from all over Oakland County.  Using the library for free was soon a less viable option as we became a county wide group. As our group grew larger we made an attempt to keep a local feel to the group by having REACH group meetings in other parts of the county.  Most notably, the group in Ortonville was well attended for quite some time. (circa 2001)

REACH evolved and changed as the families organizing it evolved and changed, but some things remained constant.  As families came and went, we continued to be an inclusive group. This meant we were open to anyone homeschooling for any reason with any method.  It didn’t matter how or why you homeschooled, you could participate in our activities. This philosophy has always drawn some of the most amazing families to REACH.

When REACH began the internet was in its infancy. Much of our communication was via word of mouth, flyers, and email. I printed agendas and phone lists, flyers to advertise the group and I even mailed monthly newsletters to people the first few years! For many years we held our monthly “support group” meetings. We talked about local events, discussed different curriculum, shared ideas and had a monthly theme often with guest speakers.  While the grown-ups had their meeting, fun activities were planned for the kids during our meetings. As the group grew families began to want to have classes and activities for the kids. Off and on over the next few years various classes were organized. As the internet became more prominent, organizing classes and activities became easier. Some were run by parents; others were by instructors brought in.  Classes were held at local churches and in homes.  (circa 2001) These classes ranged from art to science to history and even a class about elections during the presidential elections of 2008. As information became easily available on the internet and our email list became more active, people could ask questions and get feedback in the comfort of their homes.  The need for monthly meetings began to diminish and was reflected in the numbers attending.

Drama has become an integral part of REACH. Our first play for the public was directed by our own Katherine Morris-Kotowski (then Morris) and was “A Midsummer Night’s Dream” in 2005.  Some of the kids I talked to remember a few other ‘classroom’ plays before this.  We had a few plays before Kate got busy with grown-up life and we took a break. In 2009 Nora-Lee stepped up to direct Robin Hood and has been with us ever since.
​
During all of this my own children had the nerve to grow up and ‘graduate’ out of homeschooling. As my life changed I found myself stepping back from REACH responsibilities and was quite amazed to see the group continue on with barely a hiccup. As with most groups, it had years with many families and activities and other years, less. The group was never about me or my children and through it all, has stood the test of time and leadership. How lucky am I that the group I started all these years ago is still going strong and ready for my grandson with the time comes.

Originally posted on April's Blog, Dancing in the Rain.
Powered by